Climate, inclusion and agricultural and agri-food transitions are the three priorities of the Crédit Agricole Group's Social Plan. Crédit Agricole Assurances is part of this process. We have been committed for many years to being a responsible insurer, investor and company. As such, we are stepping up our efforts to protect our customers with committed and responsible offerings, to integrate ESG criteria into our investment decisions while taking into account the social and environmental impacts of our business.

As a responsible investor, the bank is divesting from fossil fuels and investing proactively in renewable energy. For example, it aims to double its investments to achieve 14 GW by 2025, equivalent to the electricity consumption of 5 million homes

As a responsible insurer, its objectives include supporting the reform of crop insurance for farmers, launching an entry-level EKO MRH (home and contents insurance) offering by the end of 2022 to enable as many people as possible to be insured, and joining the NZIA (Net-Zero Insurance Alliance) to reduce the carbon footprint of its offerings.

As a responsible company, the insurer encourages the involvement of its employees through a social commitment programme called CSolidaire. It also continues its commitment to caregivers and aims to support 25,000 caregivers by 2025. Finally, in 2021 it launched a programme with Crédit Agricole Immobilier to design 15 low-carbon claims management units by the end of 2025. They will have a carbon impact 2.5 times lower than traditional new buildings for every square metre built.

Find out more about the commitments made by Crédit Agricole Assurances. Beyond their intrinsic virtues, they all have the common feature of responding to specific and quantified objectives in order to have the most practical roadmap possible. 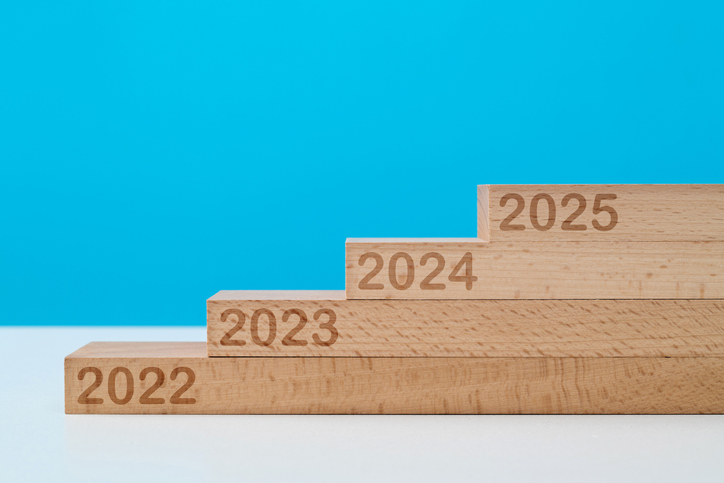 ACT FOR THE CLIMATE

Contributing to a lower carbon economy

As the leading institutional investor in renewable energy, with 8.5 GW of renewable capacity installed in Europe by the end of 2021, Crédit Agricole Assurances is continuing its efforts to build a low-carbon economy through its investments in energy transition:

Incorporating carbon neutrality into our offerings

Crédit Agricole Assurances wants to reduce the carbon footprint of its offerings and enable its customers to limit their impact on the environment. To this end, Crédit Agricole Assurances has announced its membership of the NZIA (Net-Zero Insurance Alliance). Under the aegis of the United Nations Environment Programme, the Net-Zero Insurance Alliance (NZIA) brings together global insurers and reinsurers committed to accelerating the industry's role in green transition and with a zero-carbon target.

Crédit Agricole Assurances is committed to participating in the work of the NZIA and applying carbon footprint measurement methodologies to its underwriting portfolios to assess its progress and identify levers for reduction.

Limiting the carbon footprint of our buildings and operations

To limit the carbon footprint of its buildings and business, Crédit Agricole Assurances, in partnership with Crédit Agricole Immobilier, launched a low-carbon UGS programme in 2021. The objective is to create several low-energy and energy-efficient buildings, with a focus on wooden structures, bio-sourced insulation (wood wool), connection to urban heating networks, natural light and the reuse of materials (raised floors). Through this innovative programme, Crédit Agricole Assurances aims to design 15 low-carbon claims management units by the end of 2025. These claims management units will have a carbon impact 2.5 times lower than traditional new buildings for every square metre built.

At the same time, Crédit Agricole Assurances is committed to reducing the direct carbon footprint of its vehicle fleet and its energy consumption in France by 20%. 100% of French sites will be powered by green energy by the end of 2025.

Lastly, Crédit Agricole Assurances has announced the strengthening of its Ecogestes programmes for its employees and hopes that 80% of them will be made aware of societal issues, including climate change, via a dedicated training programme.

Increasing carbon capture and committing to biodiversity through reforestation

As the leading insurer of forests, Crédit Agricole Assurances is aware that the renewal of French forests is threatened by the combined effects of global warming, repeated health crises and the decline in public subsidies for forest owners. Forests are the best carbon sink in the face of increasing CO2 emissions (forests are the leading land carbon sink) and the main source of land biodiversity. However, beyond these environmental issues, forests also have an economic and social dimension, with more than 440,000 jobs that cannot be relocated and a source of raw materials for a rapidly expanding wood industry. Crédit Agricole Assurances is therefore pursuing its commitment, in line with the Glasgow Declaration, to increase the number of trees planted from 1.8 million at the end of 2021 to more than 4 million by 2025, i.e. the equivalent of three times the area of the Bois de Vincennes.

Promoting access to housing, digital technology, health and food in the regions

As a leading institutional investor, Crédit Agricole Assurances wants to be among the first to act to promote access to housing, digital technology, health and food in the French regions:
Access to housing for as many people as possible, improvement of the quality of life in the city and social diversity (renovation of the city centre (Massy/Bobigny)

Making everyday insurance accessible to all

As a universal banking and insurance company, Crédit Agricole Assurances' new car insurance range includes a range of products that are accessible to all, without compromising on the quality of essential cover, because everyone has the right to be properly protected against life's hazards.

At the same time, Crédit Agricole Assurances has announced the launch of a programme to combat the lack of car insurance in order to limit the number of uninsured drivers. This system will make it possible to identify the most vulnerable customers and to pay part of their car insurance contribution.

Lastly, in 2023 Crédit Agricole Assurances will launch an entry-level offer, EKO MRH (house and contents insurance) to enable as many people as possible to be insured, at suitable rates, without giving up essential cover.

SUCCESSFUL TRANSITIONS IN AGRICULTURE AND FOOD

To respond to its customers' quest for a more meaningful way to invest their savings in socially responsible or environmental projects, Crédit Agricole Assurances is expanding its range of labelled Responsible Unit Trusts to reach €28 billion in assets under management by the end of 2025, compared with €14 billion at the end of 2021.

At the same time, Crédit Agricole Assurances has announced the launch of a benchmark framework, developed with its internal and external stakeholders, to integrate CSR criteria into the entire value chain of its products, from design to pricing and claims management.
Objective:  100% of new offerings and services designed with CSR criteria by the end of 2025.

Prevention for climate and inclusion

GBy setting up preventive measures, Crédit Agricole Assurances helps its customers to avoid traumatic and costly claims and to combat climate change: the Ma santé (My Health) app, SMS weather alerts, young people's driving courses, etc., are all measures that have been set up with the support of its partner banks (Regional Banks and LCL) to help all its customers with prevention.

To encourage its employees to get involved in climate protection and inclusion, Crédit Agricole Assurances wants to develop a skills sponsorship programme based on CSolidaire, its platform for employee involvement in public interest projects.

Crédit Agricole Assurances also aims to involve 20% of its employees in the rounding-off of salaries scheme, which will be launched at the end of 2021.

If you wish to exercise your right to oppose the processing of personal data for audience measurement purposes on our site via our service provider AT internet, click on refuse.